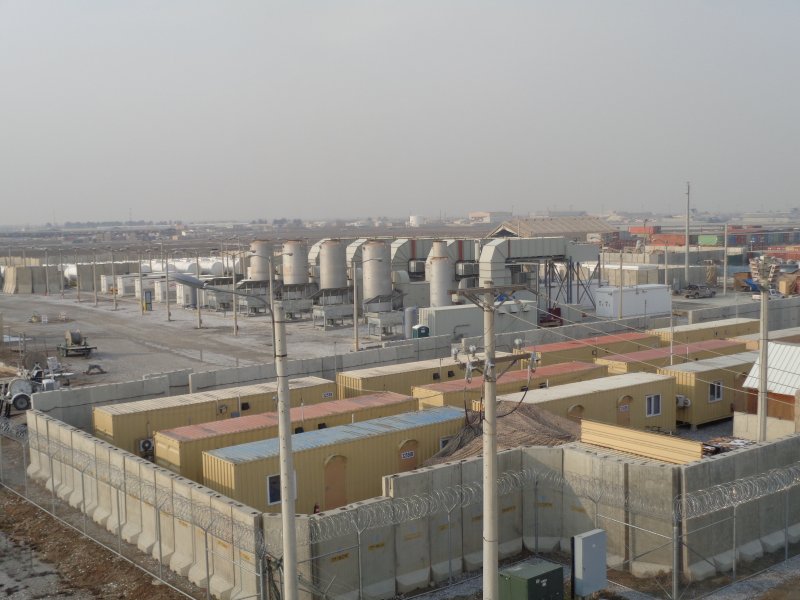 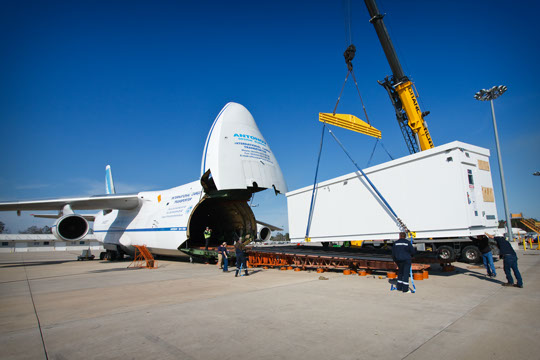 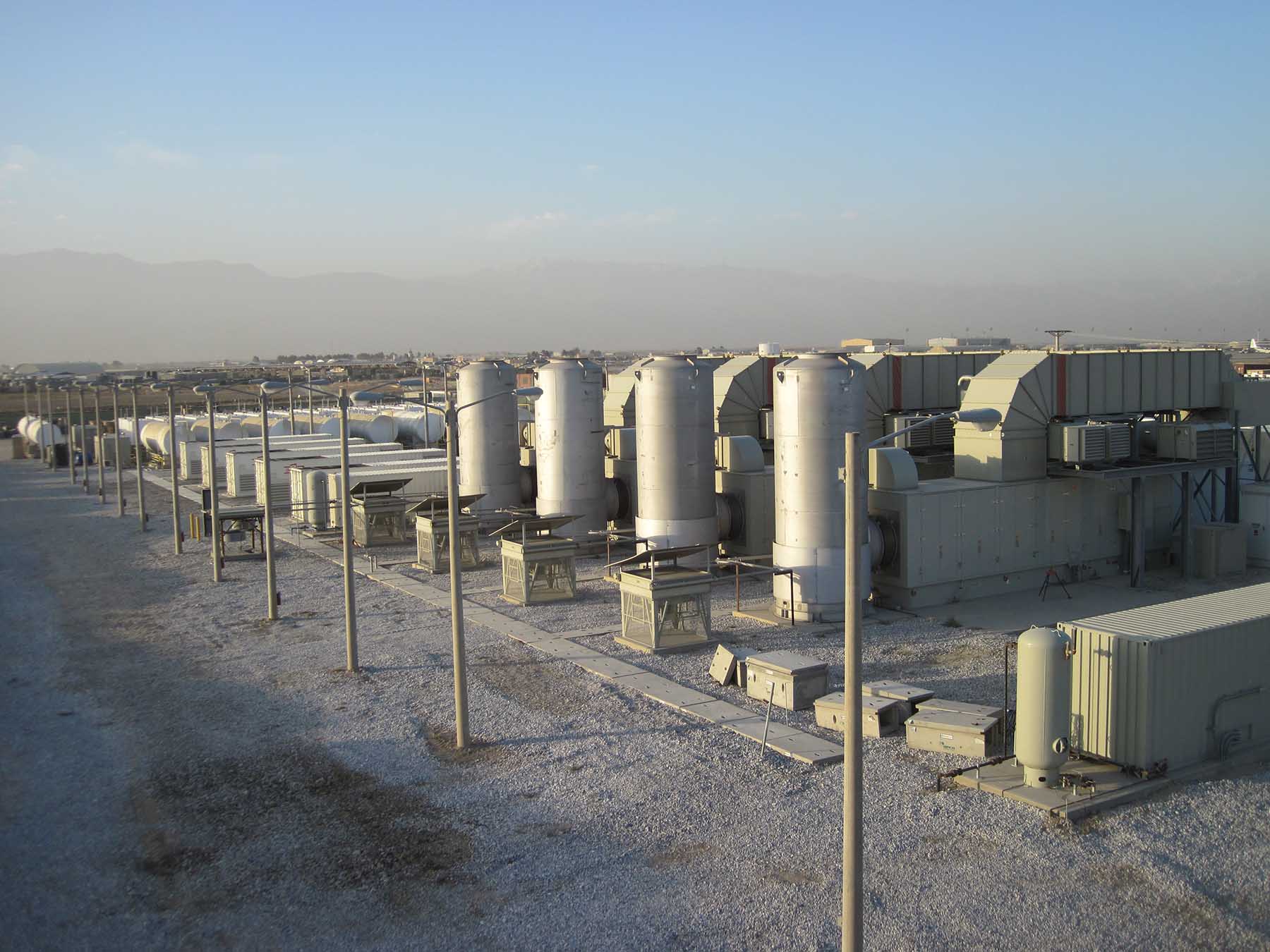 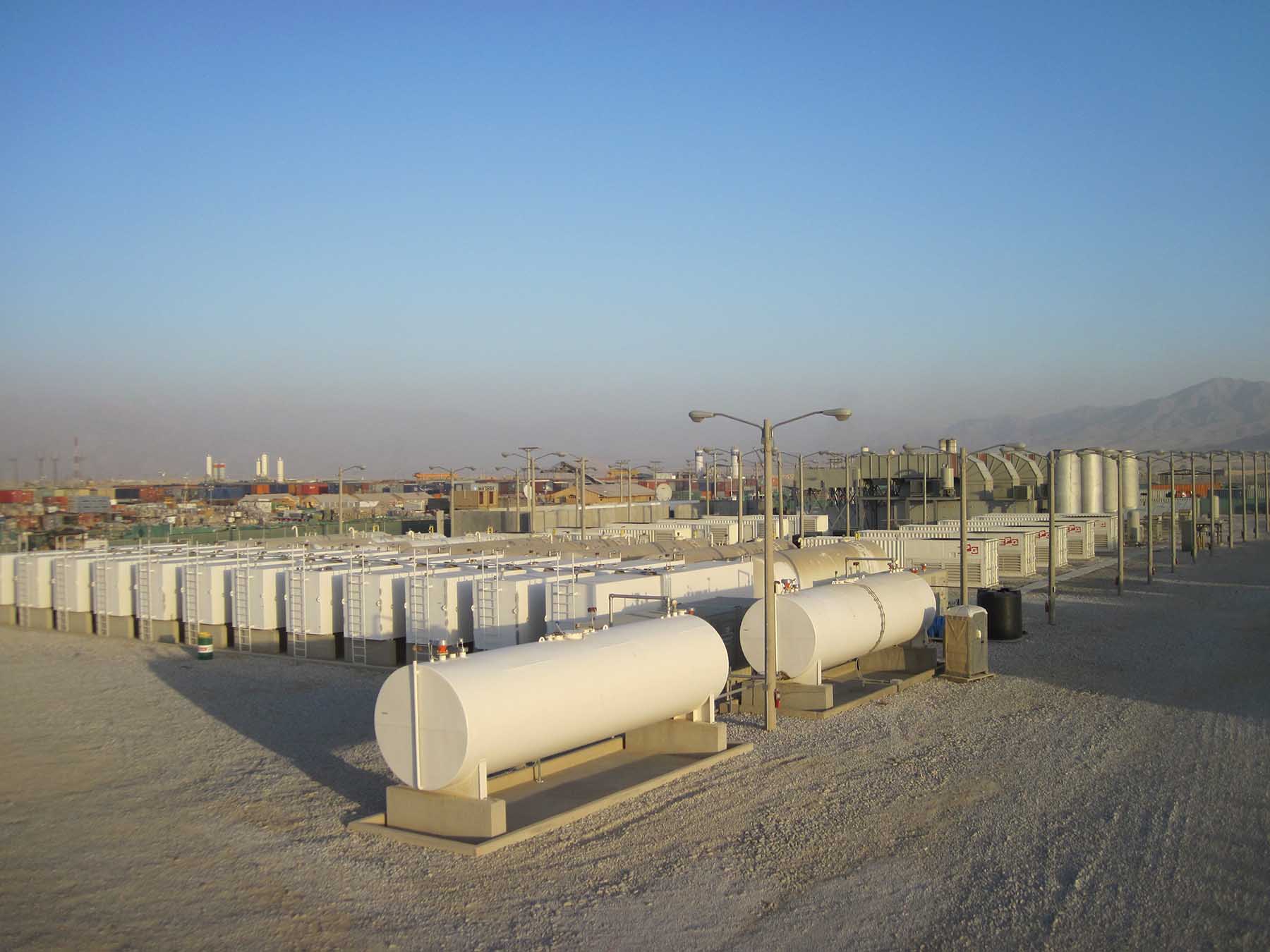 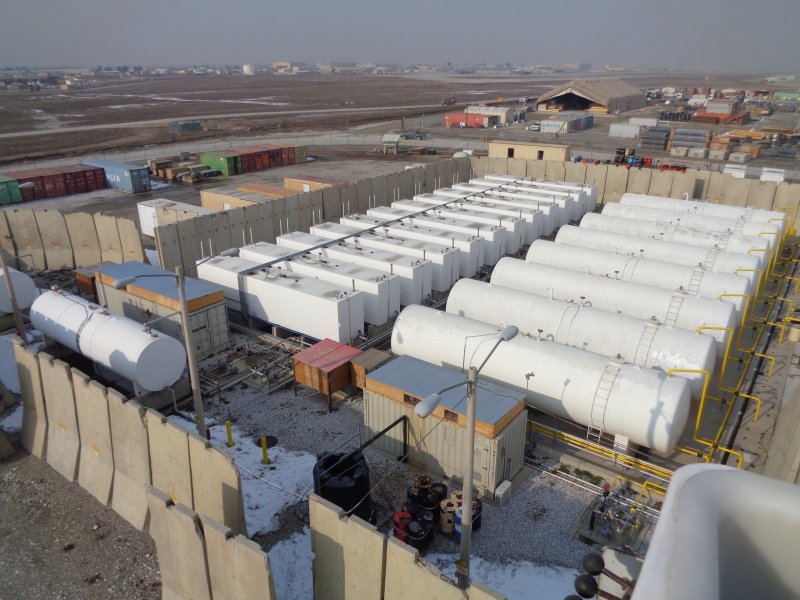 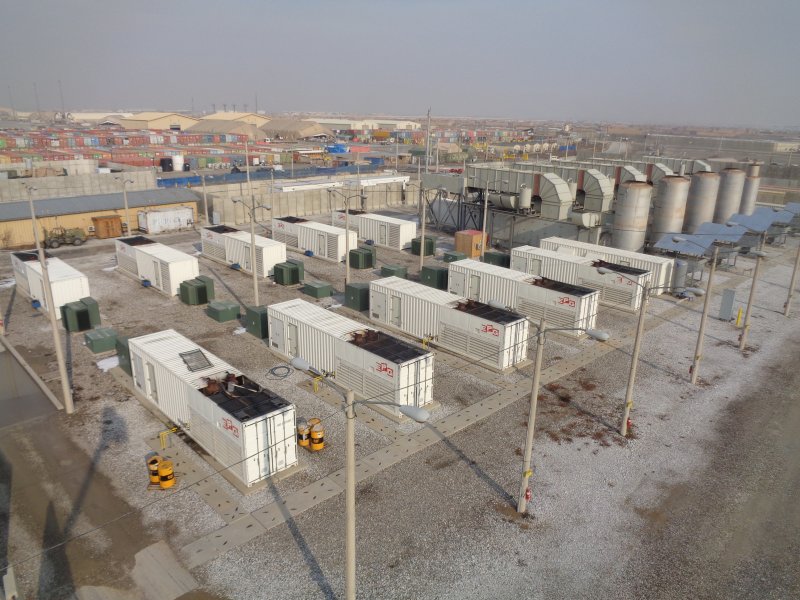 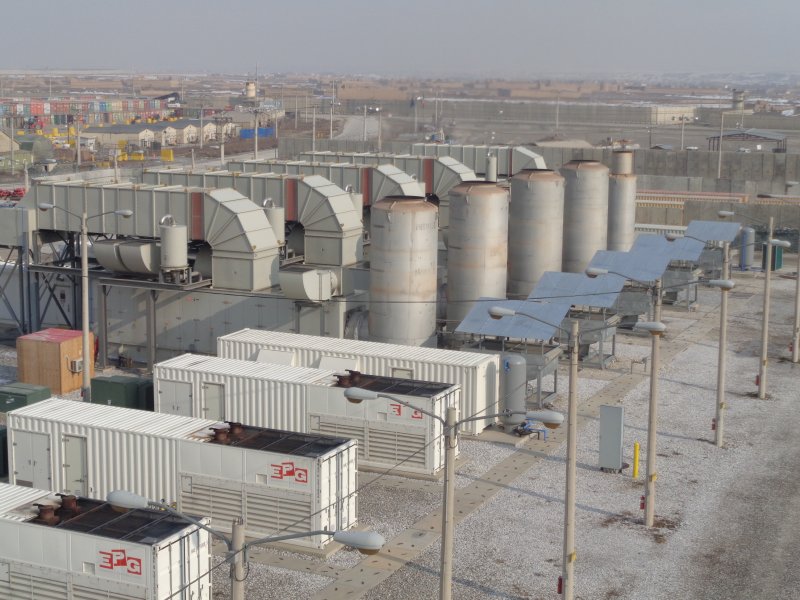 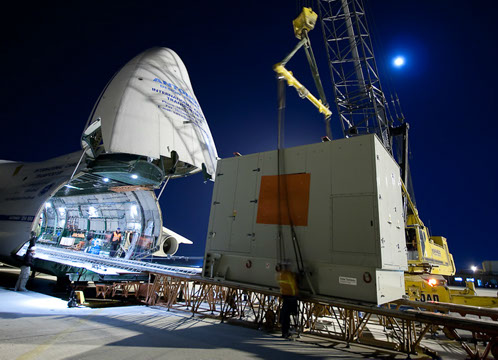 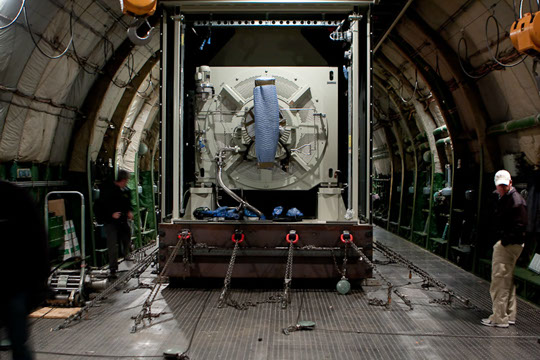 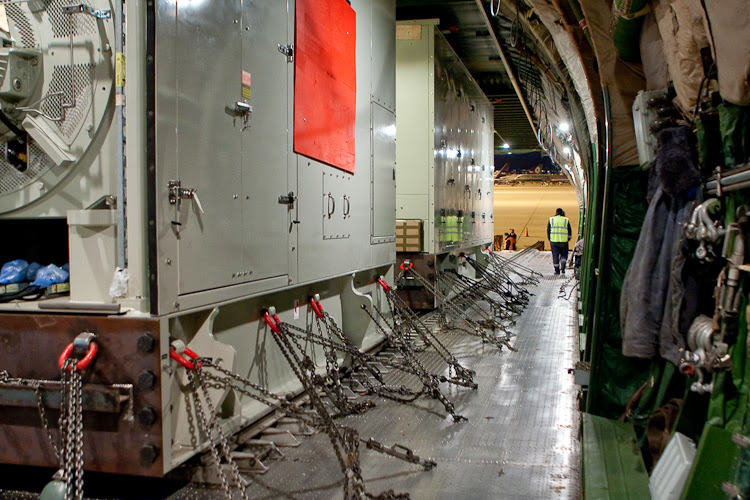 The U.S. Military required a permanent power station to replace the existing small rental power plant and the small ‘spot’ generators located at a majority of the facilities on the base.  The initial requirement was for a power station that could delivery 30MW output during the hotest temperatures of summer and at the elevation of nearly one mile above sea level.  Additionally, the design had to perform on JP-8 and TS-1 fuels (aircraft jet fuel). Phase II expanded the requirement to 50MW continuous and Phase III expanded to 56MW continuous.

Logistics proved to be a major challenge for this project. The Titan T-130 turbines were too large to fit on a typical cargo plane and had previously only been transported over land routes when traveling in landlocked countries.  However, due to the location far inside of Afghanistan there were no road routes available to safely move this equipment.

ISI solved this by chartering multiple Antonov AN-124 cargo planes, one of the largest planes in the world, to deliver the equipment straight to BAF. We then custom designed the turbines to meet height requirements, and re-engineered the planes cargo securing methodology to solve weight and distribution issues.

The power plant was commissioned on schedule, and the construction phase was completed within budget. ISI received all “Excellent” ratings on the Client’s post project review for this contract.

The entire plant operations and control system was custom designed and implemented by the ISI team. All designs were approved by USACE – Philadelphia District.